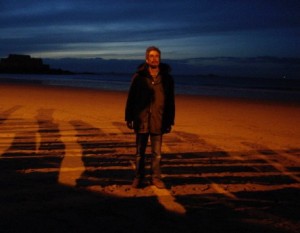 The grapes hang withered, the harvest
Long since gathered; what remains
Retains the trenchant memory stains
From yet another season, the weathered test
Of futures peopled with a need, steeples
Rising from the premises of the past
And doting on the future that will not last
Beyond a nightly glass of wine. No sequel
To a dream but sanctioned roots suspended
In the act of pruning; horizons in the line
Of distant vision topple hopes distended
From disuse and inadvertently atrophied; wasted
Spirits in the advertent death of taste.
The pupil clouds and nostrils to the offended
Ear are blocked in musks of sweeter youth
That knows no limit. The feet must surely slip on smooth
And smoother promises of liquids, fickle frosts and pools,
Refractions of an oily surface to rival molecules
On a glass as if nuances of insight, some private means to see
Beyond and through but not within the self. Counterfeits
And likenesses ignore both dissembling and the stuff of age
Accepts no protocol beyond the glory of the bellows to a furnace.
These young ones, tender seedlings, virile saplings
Congregate in spacious places fashioned in the hapless
Moment, centred near but not within intention with nothing purchased
Being no better than what they are or might be and what they are is gone,
As meretricious vapours of a neon evening’s whim rehearsed at evensong.